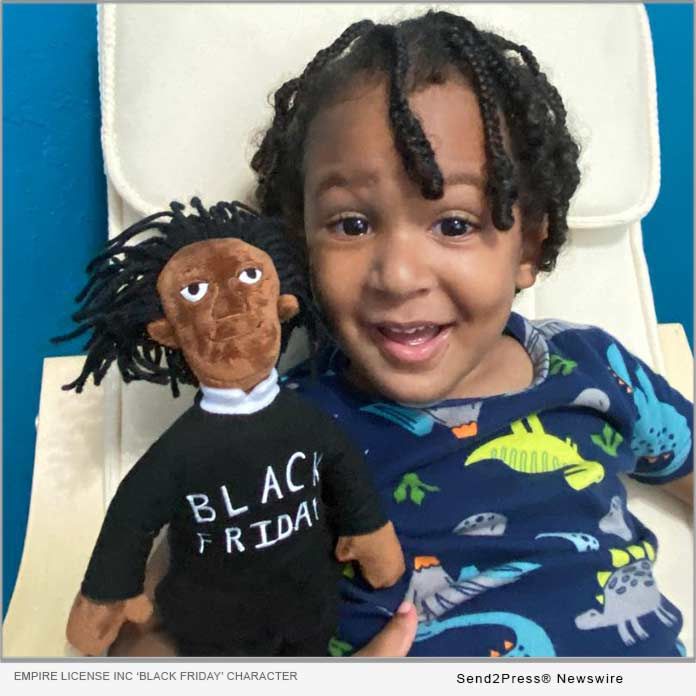 MIAMI, Fla. /FLORIDA NEWSWIRE/ — The day after the American Thanksgiving Day holiday has long been considered the biggest shopping day of the year in the United States. Dubbed “Black Friday” for many reasons, shopping on that day (via brick and mortar or e-commerce) has become part of the holiday tradition for most consumers. Empire License, Inc. is now very excited to introduce to the world their very own version of Black Friday: “Black Friday” the character, in the formation of animation and plush dolls.

As the preferences and habits of consumers change and evolve, so has Black Friday. The day Black Friday is now known and celebrated throughout the world. Of our 195 countries an estimated 50 to 60% celebrate Black Friday in one form or another. The day and phrase have had great exposure over the past years and is growing by leaps and bounds with no ending in sight. 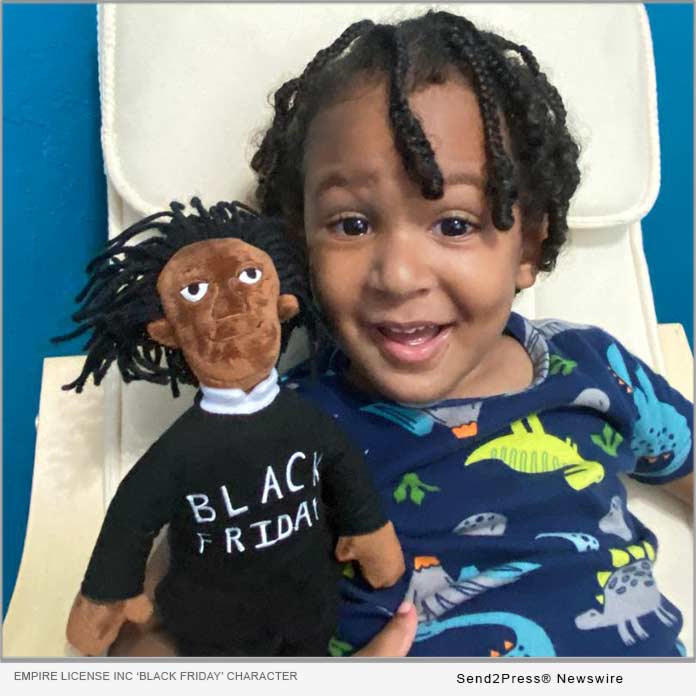 “Consumers will see our ‘Black Friday’ character in many different settings,” says E.L. Williams, company CEO and co-creator of the Black Friday character. In the channel of advertising, Walmart, Amazon and Target are three of the largest retailers in the United States. The three giants are always in a battle for greater market share, especially during the holiday period. Empire believes they have the solution for either company gaining that extra advantage using their Black Friday character as their company pitchman. “This would be the ideal situation for any company wanting to evolve into a powerhouse, not necessarily any of the three mentioned above,” adds Williams.

Holiday shopping kicks off in November, Empire has created an animated family television show that will air prior to holiday shopping, it’s a show created for the kids and parents as well: “Black Friday’s Magical Christmas.” The show will be filled with family holiday fun, adventure and of course holiday marketing. The show was created to hype the holiday season and get consumers motivated and ready to go, regardless of situations they may be experiencing. The message is that there are deals out there for everyone and who knows this better than the man himself, Black Friday.

In the channel of trade of toys and dolls, Black Friday is available for licensing, just give him a squeeze and he will say one of an array of given lines. The character doll will be available for sale during the Christmas holidays only.

Lastly, the Black Friday Loyalty Rewards Card will be introduced. “We truly feel that the companies participating in our Black Friday Licensing Campaign will benefit in a myriad of ways,” says Williams. “It would be great to work with the large companies as well as the small, watching the small evolve into the giants they all have the potential to become.”

For more information or to contact Empire License to become a partner visit: https://bfcharacter.com/ / https://www.empirelicense.com/ or phone: 1-888-714-3577.